It’s the end of semester one, and what a semester it’s been! I wanted to start this week’s blog post by looking at everything the committee and staff of Winchester Hub have achieved since the middle of September.

After it’s intermission, Project SOUP was a great success, with tons of vegetables being turned into soup and lots of bread, pasta and more being exchanged for donations rather than ending up in the supermarket bins! (You can read Rosanna’s blog post if you want to learn more.) We also had a staff change with our previous Programmes Manager Sorcha moving on to become the Manager of Bristol Hub, and Lydia, a past committee member, joining us as our new one. Since then, we’ve hosted The Charity Challenge – a one-day Social Innovation Programme – where students worked together to come up with a solution to a problem a local social action charity was facing and some Public Speaking training to students of the university.

The Give it a Go events run by our coordinators, Sophie and Morika, and the staff team, have been particularly amazing. They’ve taken and supported students to help run a themed tea party for older people, a ‘Gogglebox’ style event where students watched tv and socialised with residents of Matilda Place and ran an event to make cross stitch Christmas cards that were donated and given out at Matilda Place and MHA as well!

We ended the semester with a committee Winter Fundraiser, selling knitted and baked goods on campus. Members of the committee contributed their time as well as their skills and raised around £70 that will go towards future Winchester Hub projects.

The comms team have been working to try and get the word out about all the exciting things Winchester Hub has been getting up to, and as one of the comms officers, I’ve learnt a lot since starting in September.

It’s been great to join a team, being part of the comms team, and part of the committee as a whole; a lot of what I’ve learnt has been from the people I talk to on a very regular basis. The biggest learning curve was definitely all the different websites and apps we use to create the content that ends up on our social media channels. I was given a long list of logins and now I know how to use Canva to make graphics, Agorapulse to schedule posts, Mailchimp to create newsletter campaigns and more to get the message out to as many people as possible!

Most of all, I’ve been able to be creative, something that I’ve struggled with since before I even joined the University of Winchester, let alone Winchester Hub. Creating graphics, writing captions, and putting together newsletters has been a great outlet for me as well as contributing my time to all the great work Winchester Hub does.

Semester one might be ending but I’m sure I speak for all of the Winchester Hub team when I say that I’m really looking forward to everything we’ve got planned for semester two and beyond! Thank you to all the volunteers that have got involved these past few months, and we hope to see you back after the Christmas break. We’re looking for people to join the committee in the new year, so if you’re interested in helping with our events and fundraising, our one-off volunteering events with Give it a Go, or the communications team then you can email [email protected] for more information. 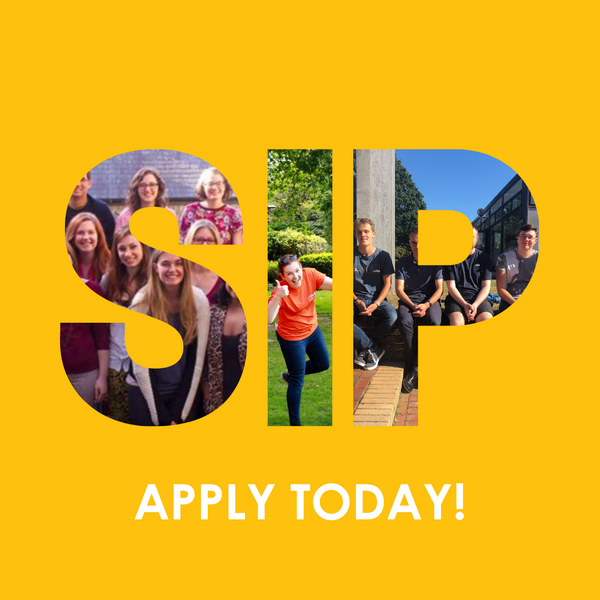 By Georgiana Lopata When I was fifteen, I started volunteering and I never turned back. I spent the entirety of my high school experience volunteering twice a week, and my summer break was