Written by Amy Cooper, with Justina Plačková and Laura Smith

The Winchester Student Action for Refugees Society is participating in the Orange Heart Campaign. The purpose of the UK campaign is to protest the new immigration rules planned by the UK government, most significantly the Nationality and Borders Bill. This bill is a cornerstone of the government's 'New Plan for Immigration'. It claims to want to make the system fairer and more effective, deter illegal entry into the UK, break apart trafficking networks and save lives, and remove illegal asylum seekers from the UK.

One of the measures would include the creation of a tier system so that asylum seekers arriving in the country would be split into two groups based on their route into the UK. Those who came via a 'regular route’ would be prioritised over those who came via an 'irregular route' such as crossing the channel or travelling in the back of a lorry. This is despite no other option being available in many cases. It also goes against the single definition of a refugee given by the Geneva Convention. Those placed in Tier 2 would face harsher measures, including:

The measures would be imposed indiscriminately of whether refugees have just arrived or have lived in the UK for several years. Other problematic aspects of the bill include a clause stating that humanitarian organisations like the RNLI could be criminalised for 'assisting unlawful immigration', by rescuing souls from sinking boats. Another clause plans to give border guards legal impunity if somebody drowns.

There are concerns that the UK government would break international laws through the proposed measures, which sets a worrying precedent for refugee rights in the UK.

The UNCR states that the bill's true aim seems to be to deter refugees, but there is little evidence to indicate that it would have a deterrent effect. Some examples, such as migration following restrictions on family unity in Australia, even suggest the opposite.

If you would like to show your support of this campaign, take a picture with an orange heart symbol (three posters are available to print from https://togetherwithrefugees.org.uk/get-involved/show-support/, but it could be home-made also) and post it on your social media. Add #TogetherWithRefugees and #WhoWeAre to link to the Together With Refugees coalition, which began the campaign. You could also tag @SWVGAction (Southampton and Winchester refugee charity) and @BrineMP, or enclose the photo in a letter to your MP with a simple message of support for refugees.

Visit Winchester STAR's page on the SU website: Action For Refugees @ Winchester Student Union (winchesterstudents.co.uk), and sign up if you would like to learn more about refugees and asylum seekers, volunteer with local refugees, or learn more about future campaigns. STAR's focus is on educational events and campaigning to raise awareness of refugee issues.

Additionally, there is a currently drive for material goods by the refugee charity Care4Calais. Winchester STAR is currently registering as an on-campus collection point where any items could be passed on to.  There is a list of wanted items you can find here: https://care4calais.org/wp-content/uploads/2018/09/Care4Calais-UK-Donations.pdf.

As an alternative to donating good-quality second-hand items, our knitting and crochet project Woolly Matters, here at Winchester hub, encourages people to come together and knit for charity, with teaching available for those just starting out. They aim to donate items for those in need which could include donations to charities that focus on helping refugees such as Care4Calais.
To find out more and sign up click on this link: https://www.winchesterhub.org/activities/woolly-matters

The 3rd of November was National Stress Awareness Day. This day is held each year and can be a time when people engage with mental health advocacy or think about ways they respond 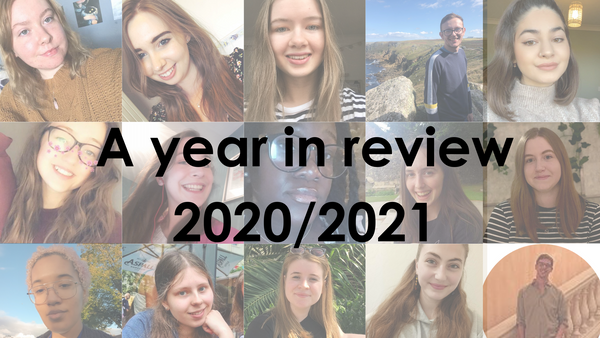 In a year of lock downs, remote volunteering at Winchester Hub has thrived. Read how our committee found this year and all the wonderful things they accomplished.

Winchester Hub Blog
—
The Orange Heart Campaign: How to get involved
Share this